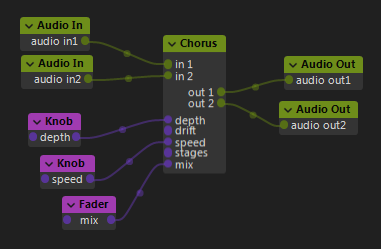 In the same way, you can find parallelism between the world of electronics and Usine. Here’s an example with a LFO (Low Frequency Oscillator), which creates a sinusoidal wave you can visualize with an Oscilloscope module in Usine. You can also add an electronic switch, here connected to a Pass Flow module, to pass or block the signal from the LFO to the Oscilloscope. 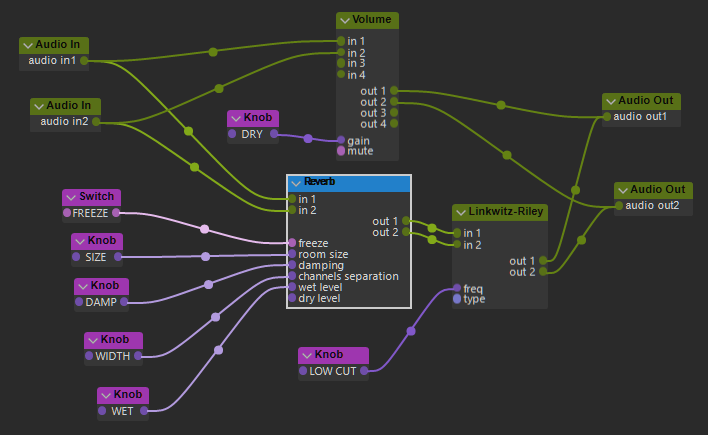 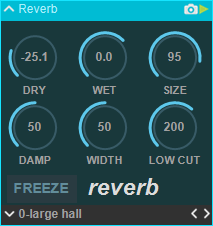