Same module as the grain-sampler-recorder but without recording possibilities. 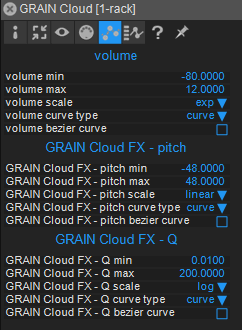 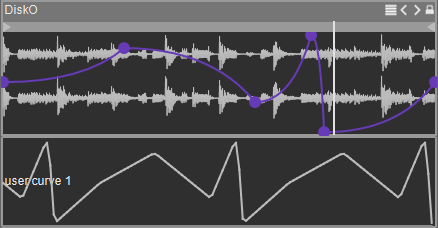 example of a user curve

Determines which curve is actually visible and editable on the waveform.

example of a pan curve

Grain size (duration) in ms. For small sizes, you obtain a good sound resolution but it creates audio artifact's. For normal utilization set it to 30-50 ms.

for performance reasons, the grain size is always multiple of Current Bloc Size (which is generally 128).

Speed percent of the original.